A massive congratulations to the U16 Scorpions for winning their cup final on Saturday with a 4-2 victory. A huge well done to all of the players and the coaches.

Spencers Wood FC is lending its full support to Play Safe – a national FA-led campaign to raise awareness of the importance of safeguarding in football.

Play Safe is being run in partnership with the NSPCC and has the full backing of the Premier League, EFL, Barclays FA Women’s Super League and the FA Women’s Championship. It’s also supported and being run across every other level of the game.

The main element of Play Safe is a series of short films which emphasise the importance of clubs such as ours having safeguarding as an everyday reality. The films also explain to parents/carers and children themselves know what to do if they feel unsafe or worried, because nothing matters more than making sure football is safe for everyone, especially children and young people. You can see these films below:

For Coaches and Club Officials:

“As a youth team coach, I will be working with my club to ensure we support the Play Safe messaging,” says FA Chief Executive Mark Bullingham. “I am also pleased that the campaign has the support of the former footballers with lived experience of abuse in football, who are on our Survivor Support and Safeguarding Advisory Group. The Group has collectively said:

“Learning from the past is crucial, so that we can prevent the horrific experiences that happened to us and so many others in football, from happening again.

“As a group of survivors, we fully support the ethos and important messages that Play Safe conveys – whether to club officials, parents/carers and or vitally, children and young people themselves. Equally important is that Play Safe is not a one-off campaign – it will be used at key points in the football calendar to remind everyone in football, that children’s welfare and keeping them safe, should be at the heart of all that we do.”

As the Survivor Group points out, you’ll see Play Safe appearing at various points throughout the season to keep safeguarding front of mind in football. Together, we want to do everything we can so everyone – particularly children and young people – has a consistently positive experience of our great game.

We are looking for players for our current U18 team

If you’re interested and would like to meet the team please email:swfc_registration@yahoo.com to join us for training on Thursdays 9-10pm at Ryeish Green Sports Hub on the 3G pitch

On Sunday 4th July, 9 of our U12 Warriors competed in the Burghfield 6 a side Tournament.

After narrowly losing their first two games 1-0 the boys pulled themselves together, drawing the third game and then winning the fourth and drawing the final game. From there, the team continued to grow in confidence winning their semi final.  The final against Aldershot was a tense match. At full time the score was still 0-0, in the first round of penalties both sides missed just one, eventually the Warriors lost in sudden death shoot out.

The lads showed great character and bravery stepping forwards to take the penalties under the pressure of the final, and took the defeat with graciousness and a smile on their faces. There was not a tear in sight! 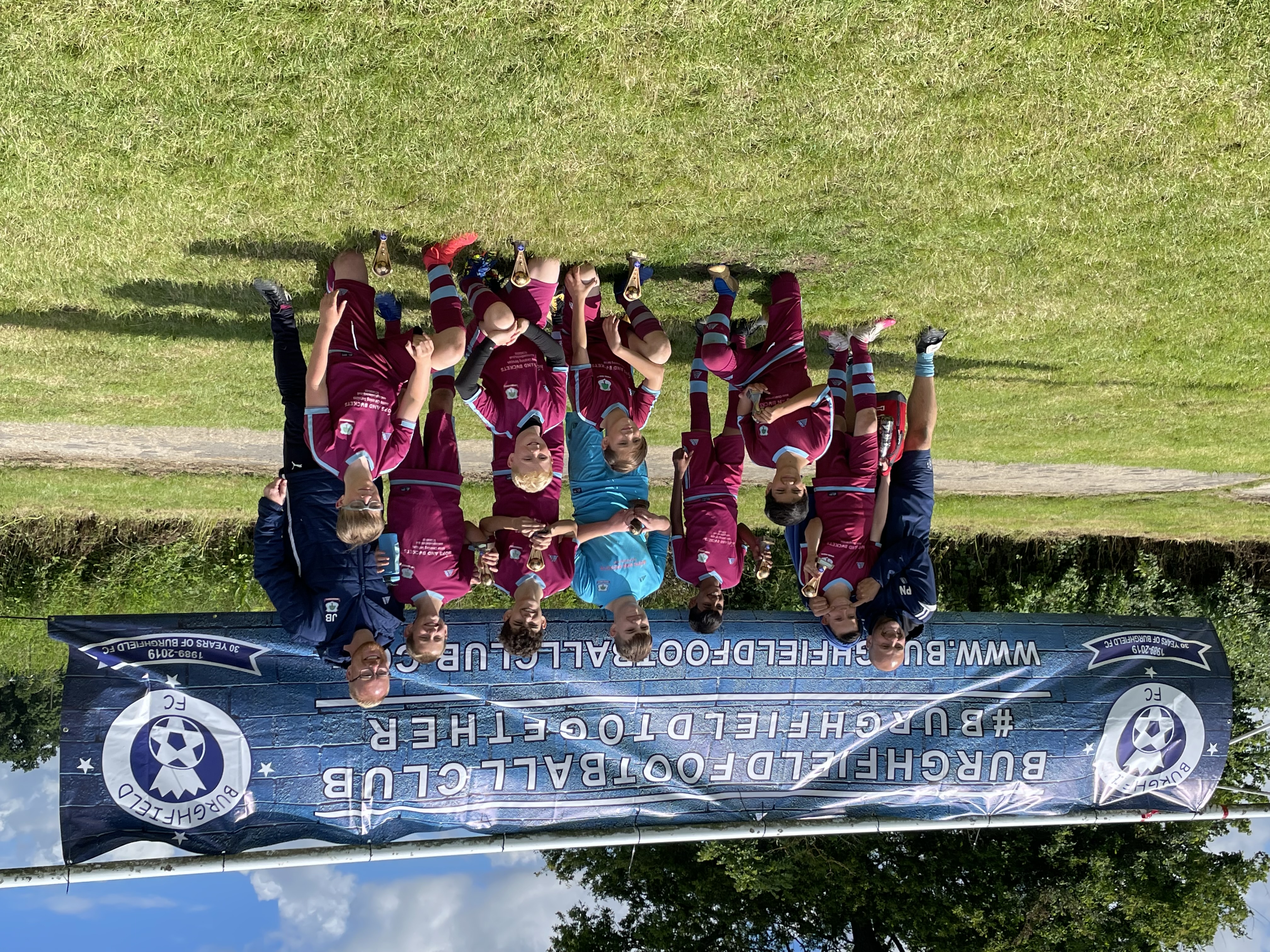 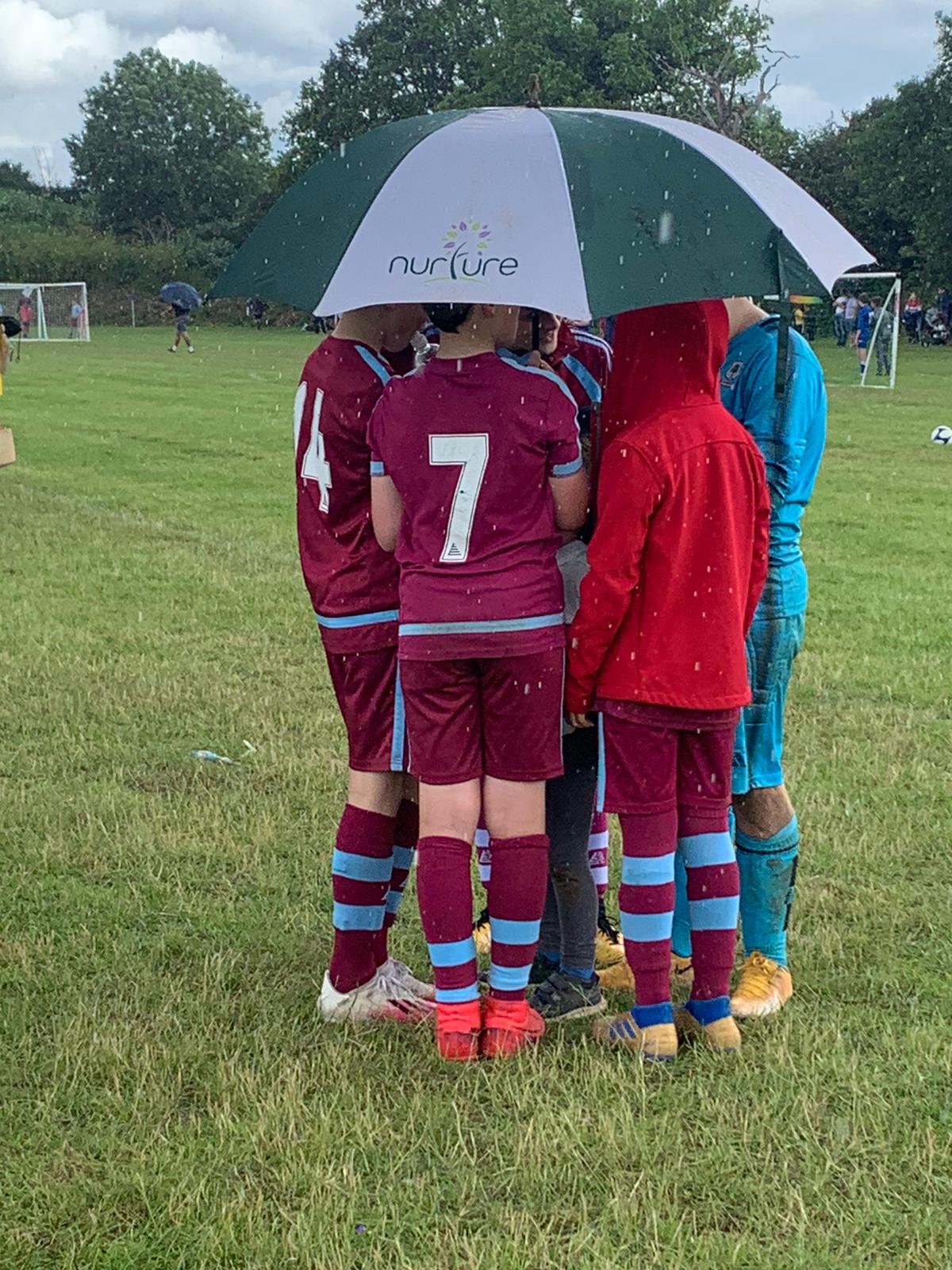 The Spencers Wood Vipers were victorious in the Burghfield annual summer tournament on Saturday 3rd July. The sun was shining all day as the team took the field of play in a 7 aside tournament. The Spencers wood Vipers U10 had a 9 player squad for the tournament and we’re in the high section so had to be at their best.

The Vipers finished second in their group stage and went in the semi finals and defeated Tadley with football skills typically seen in Brazil. On to the final and the team faced undefeated opponents of a very good standard but the Vipers had the better of the match narrowly missing out on a win during normal. It was then down to penalties. Three penalties per team. The initial penalties were missed and then the central midfield engine from the Viper scored to make it 1-0 and then the Vipers keeper face the second penalty and pull off a world class save. It was on the talisman of ipers to seal the victory, after and long pause a staring companion with the opponents keeper the talisman smashed the penalty into the roof of the net to win the tournament.

The Avengers were excited to be able to compete in their first tournament having been denied the opportunity last summer due to COVID, one of 247 teams due to play over the weekend.

The team arrived early on and tournament officials confirmed their start would be 9:30am and they were due to play 6 teams. The line-up looked strong, and the Avengers were keen to get at least one win in their maiden tournament.

The rain held off, and the day went really well. A 2-1 winning start really gave the team confidence, and they followed this up with a 5-0 win, and 4 further 1-0 wins. One of the highlights of the day was the adoption of a new "Mr Whippie" goal celebration, encouraging the team to look for more goals.

The team came away with a lot of confidence and great comments from other teams, not only in the way they played, but also in the great team spirit.

Thanks to Burghfield FC for hosting a great tournament, the players all came away with amazing looking participation trophies that made all the kids look and feel like winners. 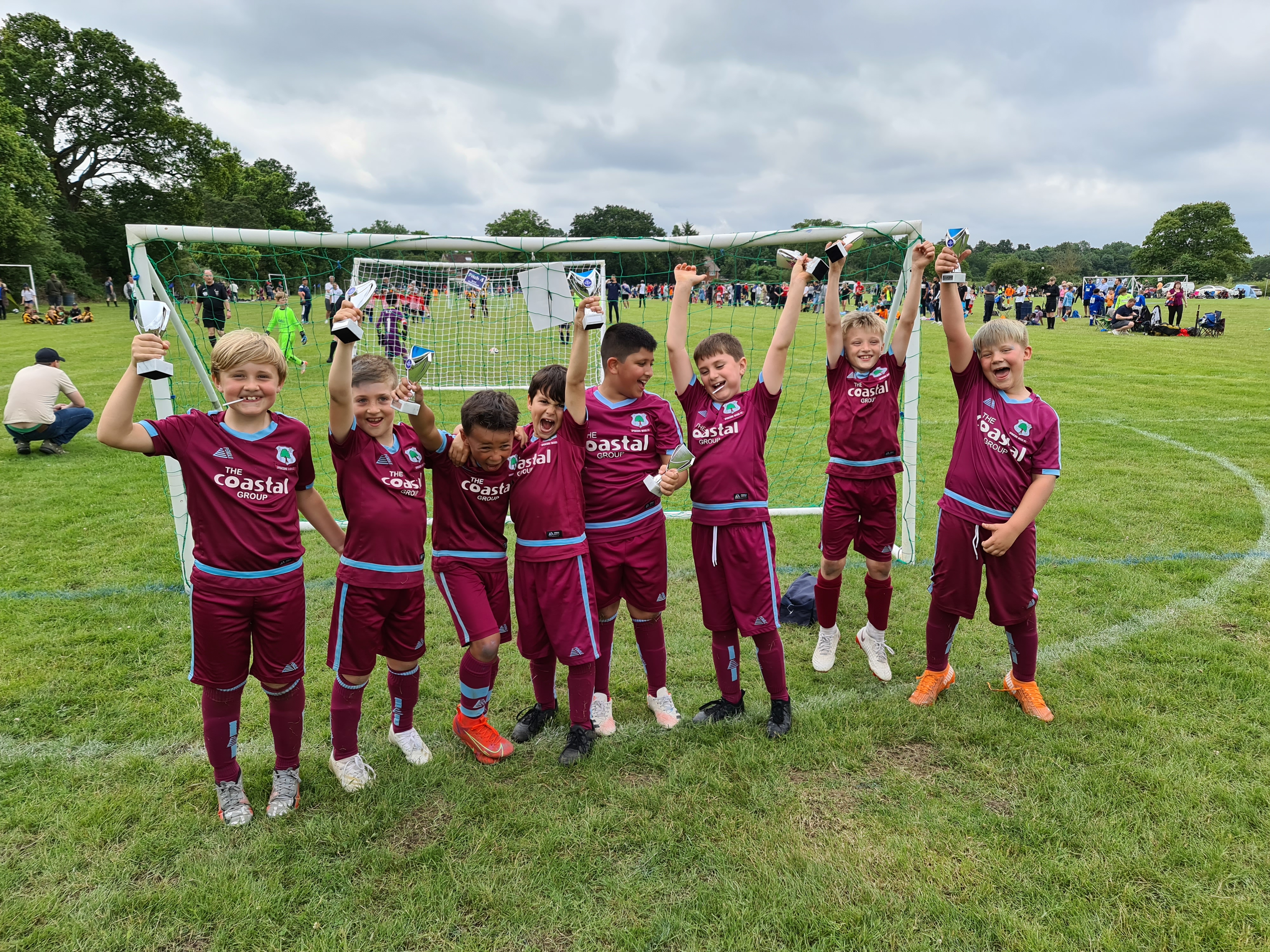